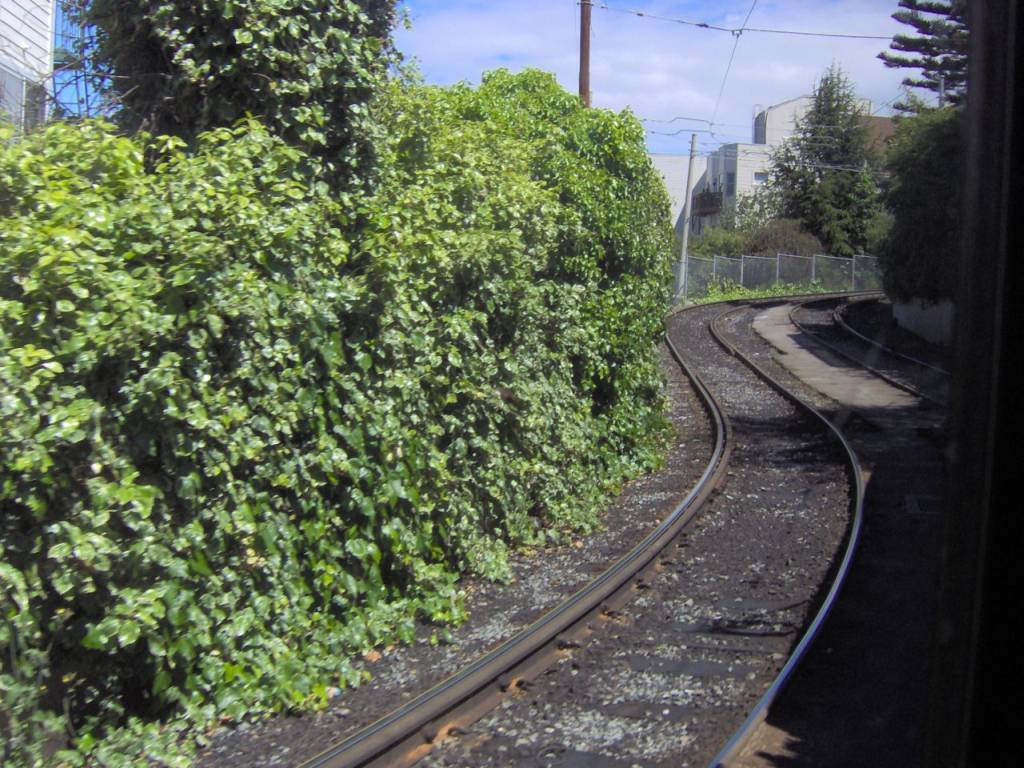 I. A Victory Celebrated

I’m celebrating a victory for public transit. Yes, of course I’m consumed by rage about the U.S. pulling out of the Paris Climate Agreement (maybe). But I’ve been acting locally to promote public transit in one way or another since I was 16, in the face of NIMBY assholes. Victory on local actions is what gives us the wherewithal to keep pressure on the global struggle.

So the Feds finally approved funds for the grand Caltrain electrification project after many months of struggle. This will allow the system to upgrade from awful diesel trains that are roughly my age. We’ll get new electric trains, in a window when I will still plausibly be living and working here in the Bay Area. This is despite the lobbying of California’s embittered Republican Congress people to the Trump Administration to block funds for California’s high-speed rail project. “But that’s a different rail project, why should that matter?” you ask. Well, the funds are part of the same block grant. Our cynical representatives declined to disambiguate the two. It was a not-so-subtle spite to the Bay Area liberals.

Thank you to the 15,670 other folks who signed the petition to save our air, sanity, and jobs. Thank you to my fellow subset of those who printed out Green Caltrain flyers. To those who evangelized to our fellow riders when our ancient trains broke down (like they do). We won, this time.

II. The Right-Of-Way in Innovation Practice

As most of you, dear readers, know I’ve recently begun work at the Mozilla Corporation. Specifically, I’m a foresight strategist in the group tasked with R&D.

As such, I’ve been thinking a lot lately about innovation process. I’ve also been thinking about how to be a generalist among skilled and valued specialists, and other weirder things about the future of the Internet.

These meditations and trains intersect at the concept of right-of-way. One of my great IFTF mentors Bob Johansen applied this concept to innovation in the book he wrote with P&G innovation ninja and R&D leader-at-large Karl Ronn.

The idea of right-of-way goes way back. The history of

Silicon Valley, where both Bob and Karl live, is inextricably linked to railroads. Stanford University’s full name is the Leland Stanford Junior University, named after the son of the founder of the Union Pacific Railroad. You can see a golden spike in the university’s museum. The transcontinental railroad was cutting-edge technology for its day when finished in 1869. Suddenly it became possible to travel or send goods across the continent in what, at the time, was amazing speed.

The railroad developed into the major growth industry of the late nineteenth century. But how often do you ride a long-di

stance train today? In dense urban areas we still use commuter trains, but planes, trucks, and cars have now replaced the bulk of the transportation-and disrupted the trains business.

As much as the railroad companies missed the transition from trains to modes of transportation that did not require rails, the big miss was not foreseeing the potential that arose from thinking differently about the land that was under and above the rails. The land under the tracks is the classic right-of-way. But above those tracks, invisible in plain view, was a right-of-way that the railroads owned but completely missed: communications.

All that the trains got from the telegraph, however, was an incremental cost reduction in their old business that was about to be disrupted. They did use the telegraph to make the trains run better. […] If they ha

d seen the potential of telegraphs and railways as complimentary, we might all be talking on phones with Union Pacific plans, rather than AT&T or Verizon.

III. The Right-Of-Way, Gone to Seed

Back to trains, as promised. While the right-of-way is finding new life as a metaphor for justifying corporate actors extending their dominion over everyday life (for fun and profit!), we celebrate it’s old life in weird film.

If you haven’t watched The Station Agent, it is a delightfully strange, Which-Way-Is-Up kind of movie. It stars Peter Dinklage as a neck bearded nerd working in a model train store, who inherits a defunct railway station at the bequest of his boss. He then spends his days “walking the right-of-way,” and getting into confusing pseudo-sexual entanglements. Watch it.

This site uses Akismet to reduce spam. Learn how your comment data is processed.